Community members will be celebrating our freedom in a God blessed nation with music and prayer. This is an inspiring event each year as people gather on the green (almost always good weather) to give thanks and pray for this nation, our citizens, our leaders, our pastors, our churches, our families, our first responders, our military and our future generations.

Anybody that has been in this area for any length of time knows about the great music of Sheree, Ron and “Servant’s Heart and Hands” and there will be a guest appearance by Delegate Todd Gilbert who has shown time and again that he stands for the Christian values that have made this nation great.

Front Royal and this part of the Valley often seem like an oasis in a declining culture as free people can still gather on the town green and give thanks to a mighty God that has protected and preserved this nation for over 240 years.

It is a real treat and a blessing to be able to participate in a prayer event like this and all are welcome and invited. 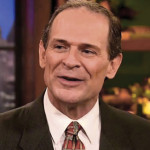 This year’s featured keynote speaker is William J. “Bill” Federer is an American writer of over 20 books, one of which has sold over a half-million copies “America’s God and Country Encyclopedia of Quotations”. His works include George Washington Carver – His Life and Faith in His Own Words, America’s God and Country: Encyclopedia of Quotations, The Faith of FDR, The Ten Commandments and Their Influence on American Law, Three Secular Reasons Why America Should Be Under God, What Every American Needs to Know About the Quran: A History of Islam and the United States. He hosts the daily program Faith in History on the TCT Network and has a daily radio show, The American Minute, which summarizes what happened on a certain day in history, on the Salem Radio Network.

Also speaking at the rally will be Dean Welty, Vice President of the Virginia Christian Alliance. Dean is also Director of the Valley Family Forum, a network of families in the Shenandoah Valley that helps build Faith, Family, and Freedom in the culture and in the public square. He also hosts a weekly television program entitled “Valley Faith in Action”. Welty is a former public school teacher and career diplomat. He and his family have served at US Embassies in East Asia and Jamaica, at the State Department in Washington, as a Congressional Fellow on Capitol Hill, and as a political advisor with the U.S. Mission to the United Nations.

Also on the dais is Mike McCartny, Senior Pastor of Chester Gap Baptist Church in Chester Gap, VA. He has his master’s degree in apologetics and is still continuing his education. He has been pastoring for 16 years.

Music for the rally will be provided by Mike Hoffman, a true piano virtuoso.

Download our flyer for publication in your church bulletin or newsletter.