Hijra: Refugee Resettlement in the USA 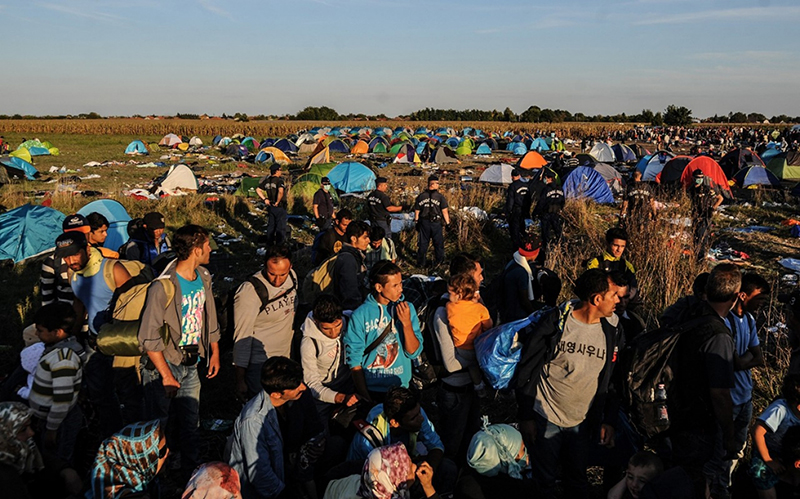 For some time now, Shenandoah Christian Alliance (SCA) has been devoting time, talent and energy to the promotion and promulgation of important educational information regarding one of, if not the most serious of threats to our collective society in recent history. It centers on information about a development that would have been unthinkable a mere 30 years ago.

Mounting evidence clearly supports SCA’s position that a threat exists to the free-born citizens of America. It is an all the more amazing development because it traces to the very highest levels of our government, and imperils even the sovereignty of America through secretive and insidious relationships with foreign governments and global institutions. It places in jeopardy the safety, security, and welfare of all American citizens because it operates in open secrecy, with the help of a willing and complicit Washington/media/Wall Street cabal,* all under the very noses of an impotent, feckless and often complicit Congress. Worse, it has recruited the various agencies of Christian churches as accomplices.

This incredible conspiracy has gone unnoticed and unreported for quite some time, but is now coming into sharp focus in just the last few years as mounting evidence clearly reveals it is the same phenomenon that is currently ravaging Europe.

It concerns the phenomenon of Hijra or migration under Islamic law.

In Europe, the citizens of Spain, Germany, Sweden, The UK, and virtually all EU nations are now thoroughly overwhelmed by forced Islamic migrations more tips here. We are told these migrations are the result of war. Indeed they are… wars conducted by Islamic jihadists determined to establish their predicted, and longed-for final caliphate; and ultimately world domination.

Yes, it is an incredible allegation – but only because of the sacred doctrine of diversity and multi-culturalism as it endlessly intoned by media acolytes and social elites. This doctrine is of paramount importance to progressive/humanists, and we are to be considered social outcasts and worthy of contempt if we disagree, or protest.

Nevertheless, why then is SCA involved in speaking out against “refugee resettlement” as Hijra is called in the U.S.?

Let’s be clear: We are not advocating for war against the authorities who are engaged in unlawful acts involving population displacement. Instead we advocate for the unfettered freedom to preach and teach the Word of God, first and foremost. SCA recognizes what should be obvious to any clear-thinking, informed, and Holy Spirit lead Christian: The only weapon capable of withstanding the forces of evil and subversion is the Gospel of Jesus Christ. And what is now happening with refugee resettlement in America is evil.

Here is an excellent response to the question of what are the “principalities and powers” we can expect to war against us:


“Ephesians 6:12 declares the warfare in which we are engaged as we battle throughout our lives “against the rulers, against the authorities, against the powers of this dark world and against the spiritual forces of evil in the heavenly realms.” So, having been saved, we must continue to struggle to do good things in light of the sure victory promised in Romans 8. It is as though we are facing an army of dark powers who have been disarmed from real power and against whom we have been promised victory. It is our job to demonstrate and depend upon the wisdom and power of God in defeating them in our lives. We can do this by trusting in God’s victory.

The reference to principalities and powers is Titus 3:1. Here they refer to those governmental authorities whom God has placed over us for our protection and welfare. They are God’s representatives on earth, and submission to Him involves submission to His duly constituted authorities. Those who rebel against earthly authorities are ‘rebelling against what God has instituted, and those who do so will bring judgment on themselves’ ” (Romans 13:2). **

Whatever happens during the coming months following the November 8th election, SCA will continue to encourage the spread of information about the activities of a lawless state department in league with, and under the control of the United Nations – not to confront with threats of violence or aggression but with the illumination of our God-ordained light. Exposing the coordinated, behind the scenes activities of those that would bring an existential threat to this nation is our chief aim, and as long as we can speak out, we will.

That said, SCA is determined to deliver the message that all Americans, regardless of where they live, how they worship, (or even if they do not worship at all) their age, gender; the whole range of social demographics is affected ultimately by the illegal redistribution of a population from regions of the world where disease, poor education, bad sanitation, contradictory cultural habits, and most importantly, a supremacist, totalitarian ideology (which includes the universal implementation of Sharia Law) are totally in conflict with American values and traditions. This is particularly true where our society has no understanding of the danger of such basic concepts as dualism, rigid forms of religious zeal – that include honor killing, and racism, are arriving with these same displaced peoples. And, of course, the compelling evidence that terrorists determined to murder innocent men, women, and children are hidden among them.

The implementation and open support for Hijra is so dangerous, and so lacking in even the most basic adherence to free, democratic, and Constitutional representation, that it can only be called political tyranny. It is immoral and wicked. Christians, as much as, if not more than anyone else, have an obligation to sound the alarm and advocate for ending this process of resettlement until such time as real control can be put in place – if ever. As long as the freedom of speech exists, SCA will continue its mission and will remain vocal, and actively involved with communities everywhere possible.

**Taken from the following: https://gotquestions.org/principalities-and-powers.html