Pastors, Politics, and the Pulpit 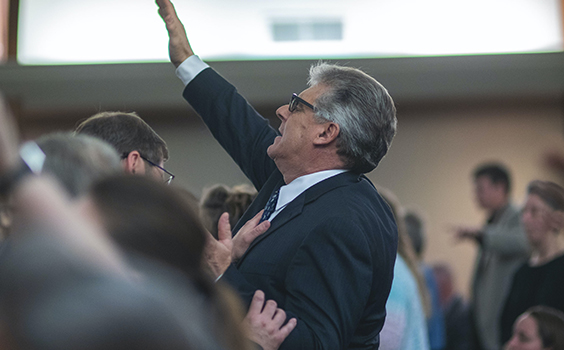 Often what is needed to understand a problem is simplification—correctly and directly stated. One of our members wrote this very good primer on the historical understanding of an informed citizenry to be engaged in freely voting their values, or morals, in an open election. In these increasingly desperate times, America’ churches are losing their grip in upholding the moral high ground, largely because they have already lost hold of the imperative for engaging in politics through political discussion and debate. It’s hard to believe that there was a time when pastors were free to deliver election sermons, strongly advising their congregations—their flocks—how to vote!

[Following the passage into law of the deplorable Johnson Amendment in the 1954 tax law, pastors have been understandably chilled in this practice. It is a subject we will discuss in greater detail in a future message]

Here is the text of the letter:

“Let’s agree that most pastors and some congregations eschew politics from the pulpit. After all, “Politics is a dirty business.” But, as faithful servants of God’s Word, pastors are responsible for addressing politics because it’s our duty to obey government authorities (Romans 13). As Americans, we vote for our governing representatives. God provides us this political opportunity, through [the framework of] our Constitutional Republic, to advance His kingdom on earth or suffer accordingly.

Our politics involve citizens running for office, and when elected, politicians become legislators (lawmakers). The laws they enact dictate how we will live; they negatively define our morality. Politicians legislate our morality, and whoever selects these lawmakers, controls America’s morality. It is we who determine our morality: with our vote.

God is the ultimate lawmaker. God’s law is just; it’s the only true morality. Because pastors are God’s messengers, they are to preach God’s morality from His Word—the Bible—and advocate for God’s morality within civil society. (God’s morality is found in the Law and the Prophets in the Old Testament, in Jesus’ preaching and example, and the Apostles’ letters in the New Testament.) Hence, we have no excuse concerning God’s morality. At issue here is how we return to being a Godly nation, one that accepts God’s morality.

Today, secular, humanist politicians enact and defend laws that are anathema to God, like abortion and the LGBTQ agenda. In America’s early history, pastors educated their congregants—even preaching “Election Sermons”—to encourage their parishioners to vote for politicians (lawmakers) who espoused a Christian worldview. In essence, pastors, through their congregations’ voters determined America’s morality. All pastors must use their pulpits to reassert God’s morality at the ballot box. To do otherwise transgresses our responsibility to advance Christ’s Kingdom on Earth and surrenders the political missionary field to Satan.”

We appreciate this lesson in how the fundamental right of free speech should be practiced today. Moreover, we are grateful for the desire to regain the platform the pulpit uniquely offers to inform our flocks that politics, and by extension politicians, are not and never should be off-limits to pastors and faith leaders to discuss. But there is a lot more to this issue than this.

Have we spent many years believing we were correct in adopting the language of our culture which desires to be relevant, pluralistic, and tolerant? Have we shied away from the principals of scriptural dogma? These is are the tools of the dialectic. We will be reviewing the impact this is having in the pulpit in this generation in future messages.

We are asking our members and friends to prayerfully consider financial support for the SCA and our campaign to inform and inspire the Shenandoah Valley pastors to examine their hearts carefully regarding the loss of our freedom of speech.

“Justice is turned back, and righteousness stands far away; for truth has stumbled in the public squares, and uprightness cannot enter.” (Isaiah 59:14)