So, What Seems to Be the Problem? 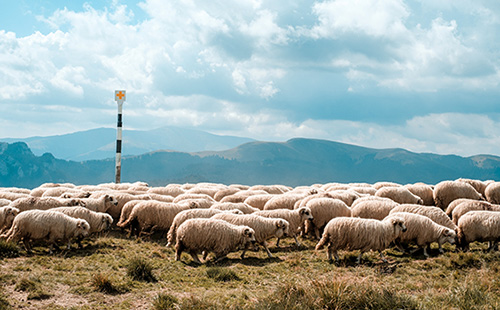 It’s not necessarily a compliment, or for that matter praise-worthy to be called sheep; unless of course, we are called His sheep. If Jesus is our shepherd, we are the sheep of His pasture. In this world, there are 7.8 billion sheep. Of that number, very broadly speaking, there are perhaps 2.1 billion who may be called His sheep.

This means that of all of the people (sheep) on earth, believing Christians are outnumbered four to one. Conflict? Of course. Little has changed since Christ began His ministry. At issue here is the problem we must confront today:

Freedom and liberty, historically enjoyed for centuries in America, are increasingly threatened, but few seem outraged. Consider these statistics from a recent Barna study: (1)

As pastors and faith leaders, we should be alarmed about these trends. America’s churches have traditionally been considered places of solid, virtuous people, who generally exemplified courage with civic-minded habits that ensured free and open elections, community involvement, and decency. As best we could, we served our nation when asked. Christians tended to be associated with “God, Country, and the American Way.” But these things are no longer so fashionable.

Following the slow, silent demise of the “silent majority,” Christians have become wary of mixing politics and religion. Divisive issues are considered only that: divisive. Churches have withdrawn from the public square, and instead allowed justice to be replaced with social justice. Worse, we are told we now live in a “post-Christian” era. Shouldn’t that make the stakes that much higher because it is one world view (biblical) opposed by another, darker, malignant world view? Right now, at this moment, the thief is entering the sheep fold.

Sheep are directionless, they get lost easily…

We have been examining the cultural marker that most exemplifies this current generational era as fear. Of all the human behavioral motivators, fear is by far the most powerful. (2) But this is precisely the irony: as Christians, we are not to live in a spirit of fear.

Reacting to fear for most people often boils down to “fight or flight.” For most of us, we take flight by simple avoidance. To be taken care of is instinct. But liberty is a virtue, and we are at the point of losing our liberty. As shepherds, we more than anyone need to be the salt and light as Jesus called us to be. That includes condemning the situation for what it is: evil.

What His sheep need now from our pastors is the courage and conviction they already possess to provide clear instruction to their flocks on how to resist the enemies of humanity. As you must know, any belief system that attempts to replace liberty with subjugation, truth with deceit, leadership with tyranny is clearly the enemy of humankind… the enemy of Christ. Incredibly, that is exactly how stark the situation has become in America today.

At SCA, we intend to provide the equipment needed to fight… and not take flight. It is our purpose and our prayer to be the helping companion for you and your ministry—if you would welcome us.

We all need to know more, and do more…